April 15, 2021 by Professional Recruiter Associates in For Our Users 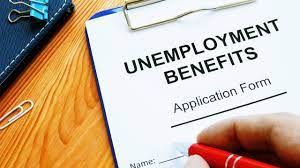 The number of Americans applying for jobless aid plummeted last week to the lowest level since the coronavirus pandemic erupted in March of last year, a hopeful sign that layoffs are easing as the health crisis abates.

Around 576,000 people filed for regular state unemployment benefits, the Labor Department said Thursday — a drop of 193,000 from the previous week. About 132,000 more people filed for jobless aid for self-employed and gig workers.

“The U.S. recovery is accelerating after the winter slowdown,” Gus Faucher, chief economist at the PNC Financial Services Group, said in a note to investors.

The drop in claims comes after employers added 916,000 jobs in March, the most since August, in a sign that a sustained recovery is taking hold as vaccinations accelerate, pandemic business restrictions are lifted in many states and Americans appear increasingly willing to travel, shop, eat out and otherwise spend again. The unemployment rate fell to 6%, from 6.2%, less than half the pandemic peak of nearly 15%.

Before the coronavirus struck the U.S. last spring, weekly jobless claims typically hovered around 220,000 and never exceeded 700,000, even at the height of the Great Recession.

“We still need to cut state claims by half to get near pre-pandemic levels, but data showing the services economy is reopening should have us reaching that goal this summer,” Robert Frick, corporate economist at the Navy Federal Credit Union, said in a report.

At the end of March, 16.9 million people were collecting some form of unemployment benefits, down from 18.2 million the previous week. Those figures show that even as the economy has strengthened, millions of Americans are struggling with a loss of work or income.

“Today’s Labor Department report underscores the major task ahead for the nation — getting millions of people back to work,” Andrew Stettner, senior economist at the Century Foundation, said in a statement.