April 26, 2021 by Professional Recruiter Associates in For Our Users 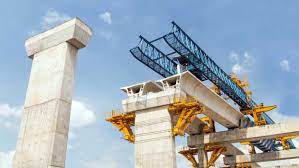 The Biden administration’s focus has shifted to infrastructure with the American Jobs Plan. These 15 infrastructure stocks represent several themes that could get a boost.

With the $1.9 trillion COVID relief bill done, President Joe Biden’s administration has shifted to its next major priority: the much-anticipated “American Jobs Plan” – a potential booster shot to infrastructure stocks of all shapes and sizes.

Biden’s $2.25 trillion infrastructure proposal would be the biggest public works program in decades. In the president’s own words, it would be “unlike anything we have seen or done since we built the interstate highway system and the space race.”

Large portions of the proposed bill will likely face significant hurdles in Congress. For example, there are sections that address improvements to the home healthcare system and calls to create jobs at “prevailing wages in safe and healthy work spaces” that have little to do with what we might normally consider “infrastructure.”

But overall, infrastructure spending is generally popular with voters. And frankly, hatred of potholes and traffic gridlock seems to be one of the only things Republicans and Democrats can agree on.

“Maintaining America’s place as the world’s premier economy isn’t something that just happens,” says Chase Robertson of Houston-based RIA Robertson Wealth Management. “It requires investment. Most of that investment comes from the private sector, but certain things – particularly roads, bridges and shared infrastructure – tends to be funded by the government. And the new administration has made it very clear that this is a major priority.”

The COVID relief bill will juice the economy in the short term, but its effects aren’t designed to be long-lasting. It’s a lifeline, not a long-term investment.

An infrastructure bill, on the other hand, will actually lay the foundations for future growth. “Where would we be today if prior administrations hadn’t built and expanded the interstate highway system or even the Panama Canal?” Robertson continues.

Biden’s plan comes with a multi trillion-dollar price tag. And while there is still a lot of horse trading to be done in Congress, that’s a lot of money. That alone could mean loads of potential for traditional infrastructure stocks.

Today, we’re going to look at 15 of the best infrastructure stocks that should benefit from a potential spending surge from Washington. This includes many names you’d typically associate with traditional infrastructure, as well as several unorthodox picks that this bill could nonetheless bolster. Just be cautious: If an infrastructure plan fails to materialize, many of these stocks could slump in response.