November 16, 2022 by Professional Recruiter Associates in For Our Users 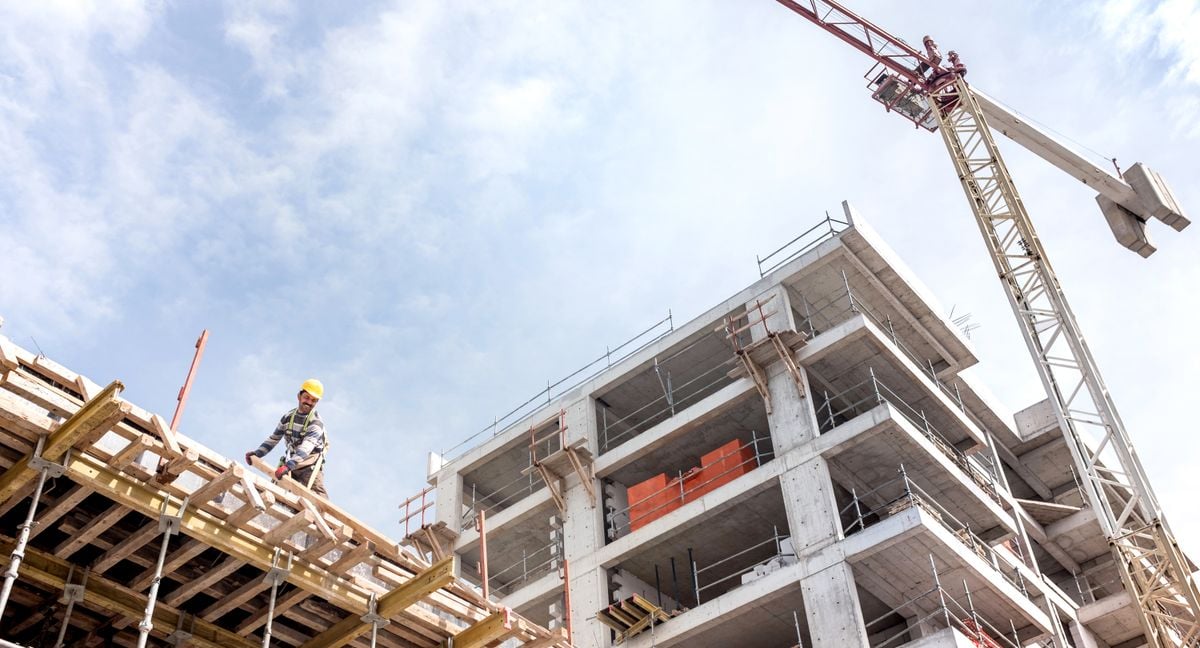 Analysts and contractors break down prices and lead times for concrete, cement, steel, lumber, insulation, drywall and HVAC equipment in the coming year.

Plan for market conditions to get worse before they get better.

Despite battling supply chain issues since late 2020, the construction industry will see continued material price escalation over the next couple of years, according to industry sources.

The forecast for year-over-year price escalation in 2022 remains between 9% to 12%, said Michael Hardman, vice president of Turner & Townsend, a U.K.-based global real estate and infrastructure consultancy. At the same time, mounting inflation in the U.S. will further compound these difficulties.

“When looking ahead into 2023, we are forecasting escalation year-on-year of 7%, with a return to the long-term average of 2.7% in 2024,” said Hardman. “However, by 2024 we will have seen three years of dramatic price escalation and if projects — and compounding effect — are true, we will see material prices approximately 25% to 28% higher than they would have been by equivalence in 2020.”

But not all common construction materials have negative trajectories, said Rob Cantando, national director of strategic supply chain at Skanska, a Sweden-based contractor.

“That’s really the big issue, we see the market going into different directions in terms of materials,” said Cantando. “Some are starting to recover and you’ve got other ones that aren’t going to recover for a long time and probably get even more challenging over the next year or two.”

Here are the outlooks for five essential construction material categories:

Cement and concrete prices have continued to climb recently, reflecting higher production costs, which were up about 14% year-over-year in the third quarter of 2022, according to a report on material pricing and supply chain volatility by Linesight, an Ireland-based global construction consultant.

With production and transportation costs unlikely to ease markedly, cement and concrete prices will remain close to current highs, according to the report.

That’s because new supply chain problems continue to pop up, according to an Associated General Contractors of America update on construction materials.

For instance, barges on the Mississippi River have been sidelined by drought-caused low water levels, limiting movement of cement and other heavy construction materials. Contractors around Chicago and Milwaukee have reported being put on allocations of cement as low as 60% of 2021 deliveries.

In Texas, winter storm Uri in February 2021 caused certain cement manufacturers to shut down, resulting in a shortage of cement, said David Vanderhider, a member at Dykema, a Detroit-based law firm. With the demand exceeding supply, cement prices rose and other manufacturers were strained by efforts to increase supply. About 43 states are reporting supply shortages of cementitious material, according to the Portland Cement Association.

Meanwhile sand, also essential for concrete, has more than doubled to over $10 a ton today due to its own global shortage.

But while prices for cement and concrete jump, other structural materials, such as steel, have experienced a slightly different journey.

“In the last year, we saw some extreme price increases, such as copper prices increasing 44%, however, not everything saw such significant price escalations,” said Hardman. “For some products, such as iron and steel, we saw prices reduce slightly, in this case by 5%, but the cost still sits well above pre-pandemic levels.”

Steel prices declined significantly from their high points in the third quarter, with national prices down approximately 12%, according to Gordian, a Greenville, South Carolina-based provider of data insights and construction pricing data. Weakening demand also indicates more downside in prices for steel, according to the Linesight report.

Skanska’s Cantando also sees steel pricing coming down, as well as lumber, which is now at pre-COVID levels, he said, due to a combination of oversupply from the mills and a housing development slowdown.

Lumber prices were elevated through the majority of 2021 for products ranging from standard #2 pine boards, plywood and framing lumber. Leveling off on those prices began in 2022, with the most recent data showing an average 9% quarterly decrease, said Sam Giffin, director of data operations at Gordian.

The anticipation of a global recession amid a monetary tightening cycle, in addition to a property sector slowdown in China, have all contributed to broader global demand weakness, according to the Linesight report.

However, over the medium to long term, demand should be sustained by heightened infrastructure spending in the U.S. due to the bipartisan infrastructure law, the CHIPS Act and the Inflation Reduction Act, according to the report.

The hardest insulation material to procure over the last couple of years has been polyiso insulation, a closed-cell, rigid foam board typically used for roofing.

That’s because 2021’s winter storm Uri, in addition to causing issues with cement, also disrupted the supply chain of MDI, one of the raw materials that goes into polyiso insulation material. That resulted in a shortage of insulation materials starting in February 2021, said Vanderhider.

In other parts of the country, COVID-19 and transportation issues strained supply, said Vanderhider. When demand eventually increased as domestic COVID-19 restrictions decreased, prices then rose, he added.

Recently, however, pricing has begun to stabilize as supply has increased in many markets.

Overall, the insulation materials Gordian tracks are up almost 67% from their 2018 levels, said Giffin.

During the third quarter of 2022, drywall prices saw their seventh consecutive quarterly increase, adding another 8% to bring national average prices to their highest point since the residential-driven peaks of the third quarter in 2020, according to Gordian.

That jump is due to increased demand and material costs, said Vanderhider. The Linesight report also notes higher production costs have been a factor in keeping drywall prices at these elevated levels in recent quarters.

However, upward pressures on the demand side are easing, which will contain further rises in prices, according to the Linesight report. Vanderhider also added that, like with insulation material, drywall material supply has begun to stabilize in recent months following COVID-19 related shortages.

“HVAC right now is probably one of the most challenging items that we have to procure in terms of equipment,” said Park. “It looks like it’s actually continuing to worsen.”

In addition to longer than usual lead times, many of the major manufacturers are also having supply chain disruption issues due to shortages of semiconductor chips used in this type of equipment.

That’s causing them to push orders out for four to six months beyond their originally committed delivery date, said Park. Those issues are with air handlers, rooftop units and chillers, particularly air cooled chillers.

“A lot of these chips are the same types of chips that the automotive manufacturers are procuring, so they’re competing there and there’s not enough capacity in that space,” said Park. “…There’s just an enormous amount of demand coming from several verticals. That’s putting pressure there.”

Some industry players feel the negative trend will continue until 2024 due to ongoing volatility in the global market, said Vanderhider. He agreed that HVAC materials remain limited in supply with long reported lead times.

“Commodity items are getting better,” said Park. “It’s the complex materials and complex equipment that are going to be a challenge.”