September 18, 2020 by Professional Recruiter Associates in For everyone, For Our Users, For The Candidate, For The Hiring Manager, For The Recruiter 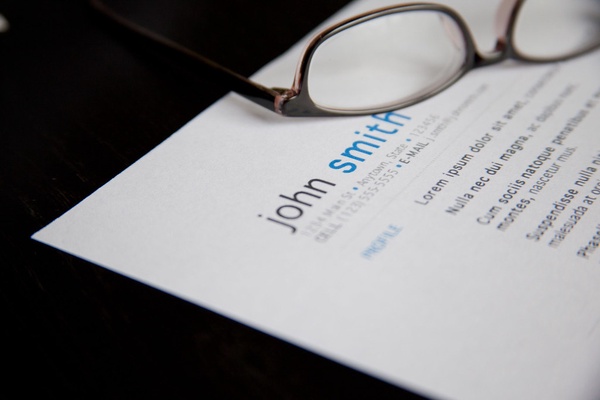 September 8, 2020 – Employers in the U.S report improved hiring plans for the fourth quarter following the 10 year low reported in Q3, according to the latest “Employment Outlook Survey” released today by ManpowerGroup. Overall hiring intentions improved in 37 of 43 countries since last quarter, though 41 declined year-over-year. Within the U.S., 20 percent expect to add to payrolls in the October to December period, with eight percent anticipating a decrease and 67 percent expecting no change.

“Though we still have a long way to go to recover from what started as a health crisis and has evolved to a social and economic crisis, it is encouraging to see optimistic outlooks in some of the industries most heavily impacted including leisure, retail and manufacturing,” said Becky Frankiewicz, president of ManpowerGroup North America. “We also see employers recognize this recovery will take longer than they initially thought and many are adapting work models for the long term.”

“This is accelerating a shift closer to what we know workers have wanted for some time: autonomy to choose how and where they get their work done, more learning on demand, and a focus on achieving a better blend of work and home,” Ms. Frankiewicz said. “Now is the time for employers to offer targeted skills development and more flexible future-focused work options for those working remote and in the workplace.”

Employers report a slight quarter-over-quarter improvement in hiring prospects for the national education & health services sector. Nationally, government employers report no change when compared with the third quarter of 2020.

In 19 percent of Midwest businesses surveyed, employers anticipate an increase in payrolls during the next three months. With seven percent expecting to trim payrolls, and 70 percent anticipating no change. Employers in two of the Midwest industry sectors report a sharp improvement in hiring prospects when compared with the previous quarter: Information and transportation & utilities. Considerably stronger hiring plans are reported in five of the Midwest’s industry sectors in comparison with the third quarter of 2020: Construction, leisure & hospitality, nondurable goods manufacturing, professional & business services and wholesale & retail trade.

Northeast employers in 20 percent of businesses surveyed expect to grow payrolls during the coming quarter, while seven percent anticipate a decrease and 67 percent expect no change. In three Northeast industry sectors, employers anticipate a steep improvement in hiring activity when compared with the previous quarter: Leisure & hospitality, transportation & utilities and wholesale & retail trade. Considerably stronger hiring prospects are reported in three of the Northeast’s industry sectors in comparison with the third quarter of 2020: Construction, nondurable goods manufacturing and other services.

One fifth of businesses surveyed in the South expect to add to payrolls during the October to December period, while eight percent expect to trim payrolls and 68 percent anticipate no change. Hiring prospects are considerably stronger in five industry sectors across the South when compared with the prior quarter: Construction, leisure & hospitality, other services, professional & business services and wholesale & retail trade. Outlooks are moderately stronger in three of the South’s industry sectors in a comparison with Q3: Education & health services, financial activities and information.

Employers in 20 percent of businesses surveyed in the West expect workforce gains during the forthcoming quarter. With nine percent of employers anticipating a decrease in payrolls and 66 percent expecting no change. In six of the West’s industry sectors, employers report considerably stronger hiring plans when compared with the previous quarter: Financial activities, leisure & hospitality, other services, professional & business services, transportation & utilities and wholesale & retail trade.

When compared with the third quarter of 2020, hiring prospects improve in 37 countries and territories, but weaken in five, with no change reported in one. Employers in 41 countries and territories report weaker hiring plans when compared with this time one year ago, with no change in one and an improvement in one – Turkey. The strongest labor markets are expected in Taiwan, the United States, Turkey, Japan and Greece, while the weakest hiring intentions are reported in Panama, Costa Rica, South Africa, Colombia and the U.K.

Workforce gains are expected in 13 of the 26 Europe, Middle East & Africa (EMEA) region countries during the next three months, while employers in eight countries expect to trim payrolls, with flat hiring prospects reported in five. Hiring plans strengthen in 24 of the 26 EMEA countries when compared with the third quarter of 2020, but weaken in 25 when compared with this time one year ago. The strongest labor markets are anticipated in Turkey, Greece and Poland, while the weakest hiring activity is expected by employers in South Africa, the U.K. and Croatia.

In four of the 10 Americas countries employers expect to add to payrolls during the forthcoming quarter, while a decrease is anticipated in the remaining six. Hiring prospects improve in nine of the 10 countries when compared with the previous quarter, but weaken in all 10 countries when compared with this time one year ago. The strongest fourth quarter hiring intentions are reported in the United States and Canada, while employers in Panama, Costa Rica and Colombia report the weakest hiring plans.

“The only thing I know with certainty is that we are still in very uncertain times,” said Shelli Herman, president and founder of Los Angeles-based Shelli Herman and Associates. “Organizations and their leaders are not entirely sure about the way forward and I am seeing this with even the most experienced C-suite executives.”

“In some cases, searches are moving slowly, some are on hold, and in other cases positions are either being eliminated or folded into another person’s current duties,” she said. “The hiring outlook is cautious moving into the end of the year. I also think companies are going to continue to try and do more with less from a human capital perspective in early 2021. The election has people anxious about the future of business on every side of the coin, this sits alongside the timing of a potential vaccine. Those two very real issues have created a good bit of uncertainty about expansion, growth, and sustainability in every organization.”

“Regardless of any exigent matters, there is simply no question that we will see more and more change that requires innovation, courage, and some degree of hope from leaders at every level,” Ms. Herman said.

This article was orignially published in Hunt Scanlon by Scott A. Scanlon, Dale M. Zupsansky, and Stephen Sawicki